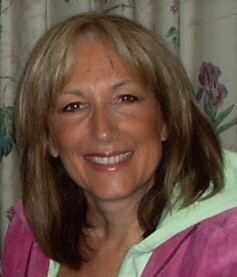 Destiny by Design had its beginning at the University of the Nations in Kona, Hawaii in the year 2000.  I had been invited into some meetings on the campus to discuss why many of our students were not going on to second level schools after completing their Discipleship Training School (DTS).  In seeking the Lord I felt that He said it was because they didn’t know what they were called to do.

Wondering if this was true, I made up a survey and had the students fill it out.  Sure enough, although they loved their DTS and grew to know the Lord more, many still did not know what God wanted them to do with their lives.  In reviewing the surveys I also realized that if each person did what they were passionate about and did it for the glory of God, each of the spheres of society (Government and Law, Communication, Arts , Entertainment and Sports, Family, Business, Science and Technology, Education, Church/Religion) would be influenced for the Kingdom.

I began to see that God had placed a “destiny” in each person’s heart.  A design to influence our world.  Realizing we were all made for something, I asked the Lord if He wanted me to put together a program that would help people to recognize the calling that had been in them all along.

As further confirmation, I asked God to have Joy Dawson, a prophetic, international teacher, say something about us having a “destiny”.  That night, during Joy’s message, she stopped.  She said she was having a vision.  It was a picture of Jesus and He was weeping.  He was weeping because people were not coming into their destiny.  That word not only confirmed what I was to do but also spoke the seriousness and urgency of getting this message out.

I work with the International Discipleship Training School Center with Youth With A Mission.  My heart is to see this message go out to the nations, and see more teachers raised up who have a passion for helping people recognize their calling and begin to walk in it.  God’s heart is for every person, every nation to know Him and make Him known.  The teaching materials and student workbook are being translated into different languages.  My prayer is that God will use this material to help get us positioned and actively engaged in doing our part to make His big dream a reality.